The 2018 European Week of Bees and Pollination

The Biodiversity network for bees 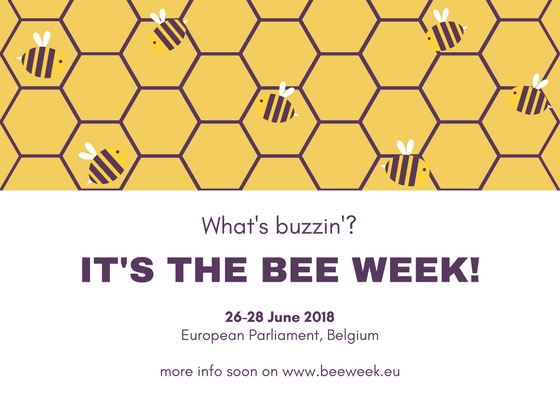 Since 2012, the European Bee and Pollination Week is held every year in the European Parliament in Brussels. This meeting has become a must-attend event and brings together all stakeholders in the sector: European Members of Parliament, representatives of the EU institutions, beekeepers, farmers, scientists, veterinarians, manufacturers, NGOs and citizens. Together, they exchange proposals with public authorities to promote a sustainable beekeeping chain capable of ensuring the sustainability of the valuable service of pollination and its consequences: ecosystem services, biodiversity, production and food security.

After recalling the original multifactorial approach of bee mortality observed throughout the world, after stressing the need for better collaboration between stakeholders through dialogue and mutual respect, the stakeholders historically involved in the European Bee and Pollination Week have called for the establishment of an operational technical platform to improve exchanges between beekeepers and scientists. The 2017 edition was marked by the willingness and commitment of EFSA to set up this platform. Since September, the platform is operational and driven by EFSA.

In 2018, the 7th edition of the BeeWeek will be organised from Tuesday 26 to Wednesday 28 June and will focus on “How is the agricultural community mobilised to protect Bees”. Save-the-date now! More information coming soon.